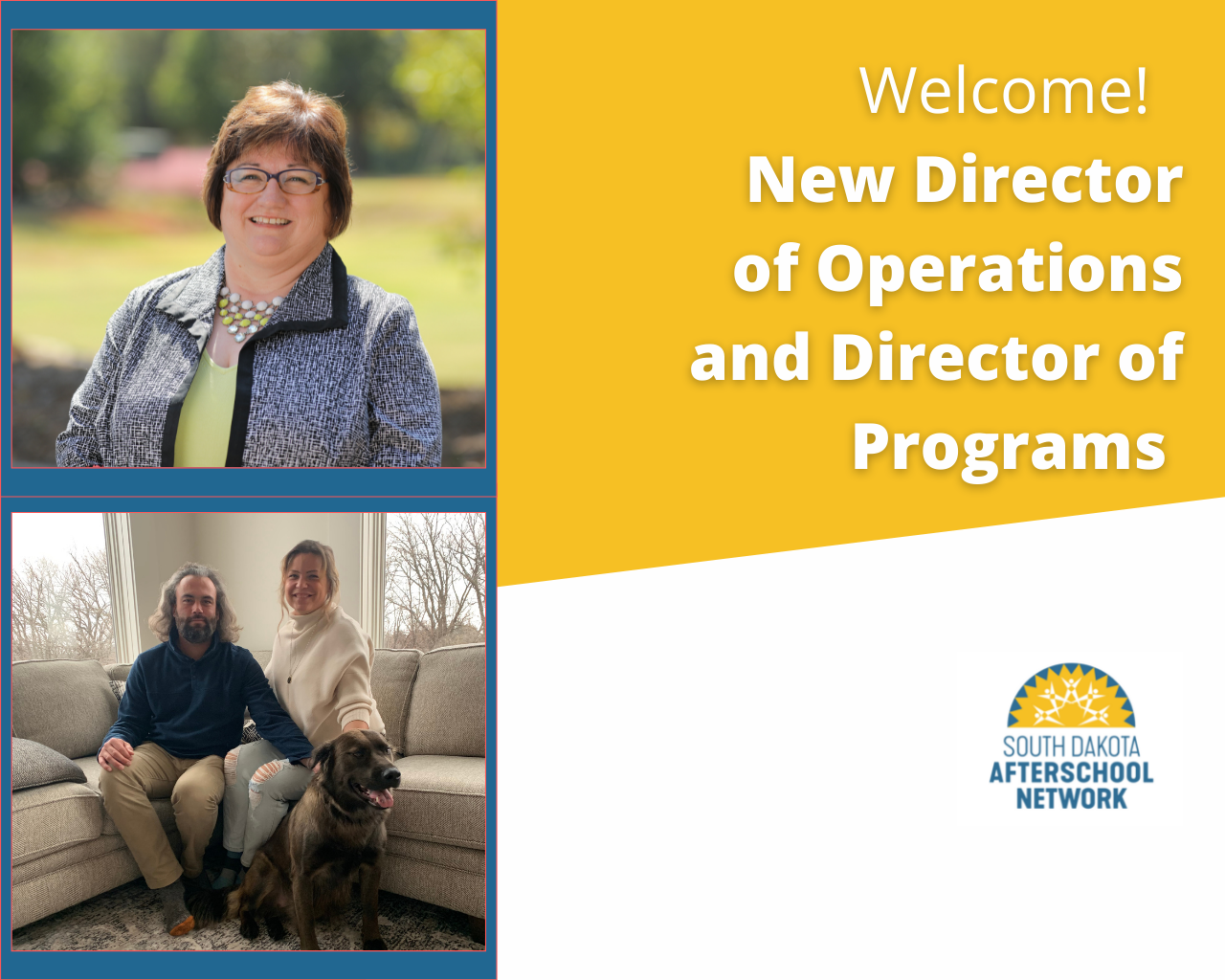 We are thrilled to announce the addition of two new leaders at the South Dakota Afterschool Network.

“Billie and Jeff bring a wealth of experience in the afterschool space and have been incredible advocates for children, families and programs in South Dakota,” SDAN Executive Director Billy Mawhiney said. “The perspectives, leadership and talents they bring to these new positions will elevate the mission of SDAN and enable us to continue growing the ways in which we support the afterschool community.” 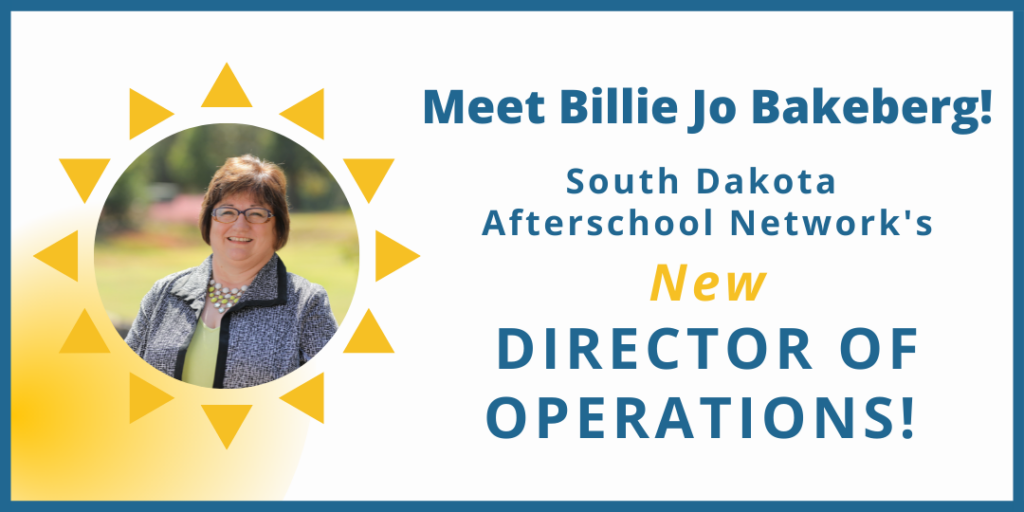 Billie Jo Bakeberg is our new Director of Operations for the South Dakota Afterschool Network. Billie grew up on a ranch near Eagle Butte, SD. She credits the family ranch with instilling a strong work ethic and a stick with it mentality.

Billie Jo graduated from Black Hills State College (yes it was a college before a university). She began her teaching career, became married and started a family and soon after when her children were toddlers she began her career in afterschool, seeing the job as a temporary gig that fit the needs of her family. She soon realized that Out of School Time programs were her passion. She has spent the last 26+ years directing the Kids Club Kids program in Spearfish, which grew from 7 children to 240 children.

“I was the first president of the South Dakota School Age Care Alliance in 1999 and remain active in this statewide organization today,” Bakeberg said. “When the Afterschool Partnership was awarded to South Dakota, I became an advocate and supporter of this opportunity and served on the first leadership team. I have remained active as the Partnership transitioned to the South Dakota Afterschool Network, celebrating the vision of quality afterschool for ALL.”

As a White Riley Peterson Fellow she had the opportunity to learn from the best, think outside the box and advocate for quality standards for afterschool. WRP also gave her a new mantra; If not now, WHEN – If not me, WHO?

When not working with her passion for afterschool, she can be found with her family. Billie Jo and her husband, Todd (now deceased), raised two children who are now both married and successful in their careers. Janesa lives in Wyoming with her husband Kyle.Jacksyn and his wife Elizabeth live in Boston MA. 2021 brought her new title of Grammy as her family welcomed Baker Scott to the family. 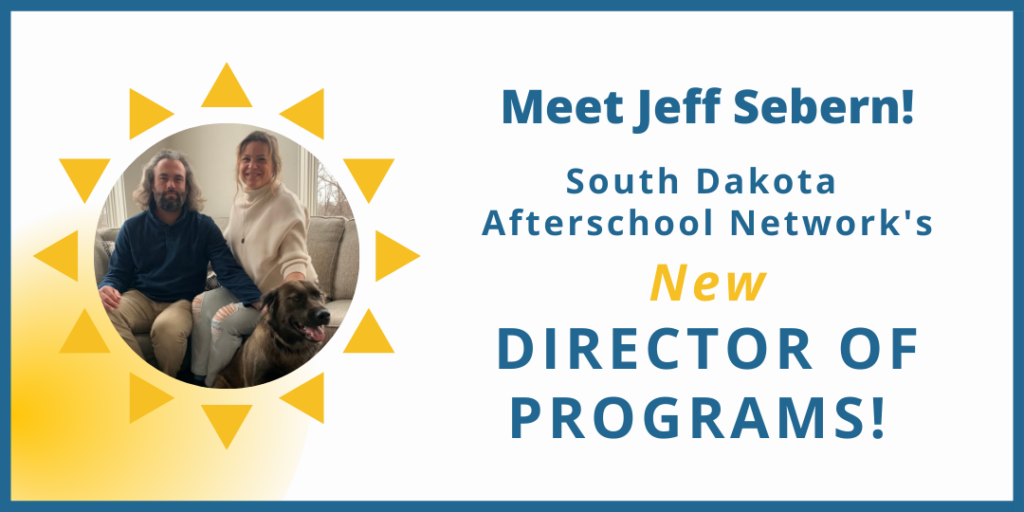 Jeff Sebern is our new Director of Programs for the South Dakota Afterschool Network. He holds a B.S. in Biology Education with a coaching endorsement. Jeff started his career as a science teacher in the Alcester-Hudson School district where he also served as Head Girls Track Coach.

“During my time there my passion for working with kids extended into the afterschool arena as I worked part-time in the program at the school which served youth in grades K-6,” Sebern said. “After four years in the school system I began to think about alternative ways I could still work with students but in a way that affords more flexibility and focuses on the student as a whole person.  As Club Director and eventually Teen/Outreach Director with the Boys and Girls Clubs of the Sioux Empire, I was able to find that holistic strategy applied towards the kids we served.  OST programs are crucial to the development of children as they become well rounded, resilient, and ultimately successful adults.  With an additional four years of experience working in this environment, I believe I bring a unique perspective to SDAN that can help support OST programs throughout the state.”

Some of his passions outside of work are spending time with his family and pets as well as outdoor activities such as hiking and fishing. As the spring brings warm weather, you can frequently find him in his waders fishing at an area lake and enjoying the sunset and peaceful environment that comes with it.

The South Dakota Afterschool Network (SDAN), whose mission is to support and sustain quality afterschool, out-of-school time (OST) and youth development programs to serve the needs of South Dakota’s youth, was awarded a STEM Next grant through the Charles Stewart Mott... 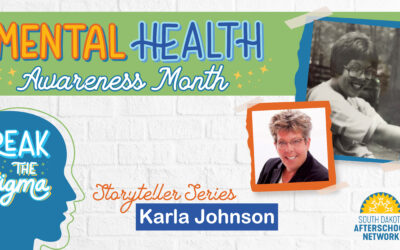 Why is it so hard to talk about mental health? I’ve wanted to share my story for a few weeks now but have had a horrible time finding a way I’m comfortable in approaching it! If it’s hard for me, as I purposely want to address this—it’s no wonder we are all reluctant... 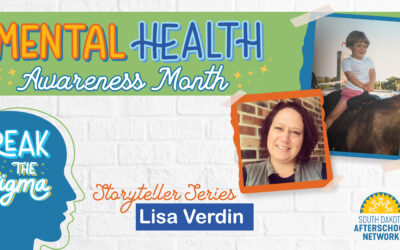 I’ve never thought of myself as an actor. I seek out genuine relationships and appreciate authenticity in others. I have always felt like those are the qualities others can count on receiving from me…and mostly that’s true. I have struggled with anxiety most of my... 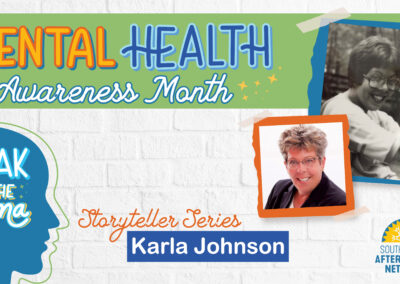 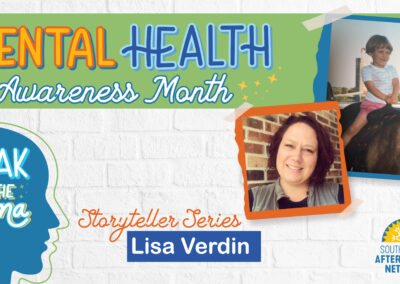 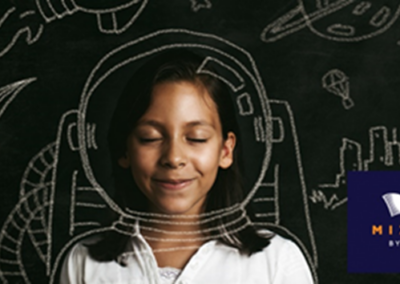 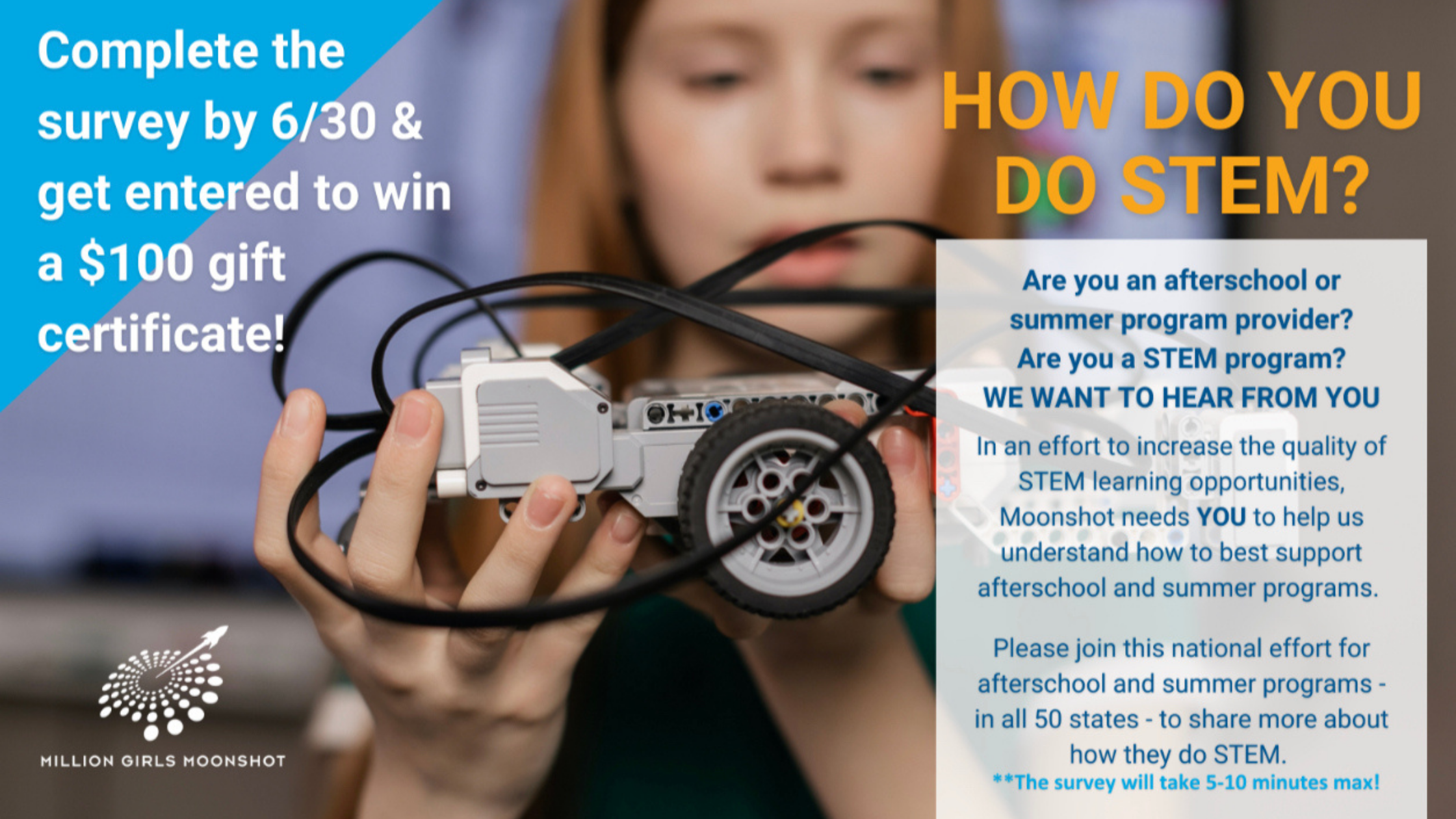 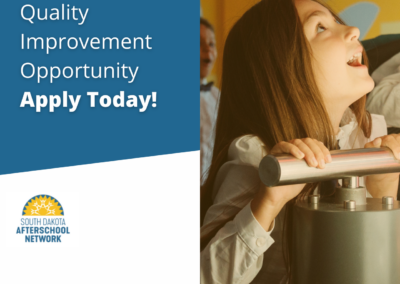 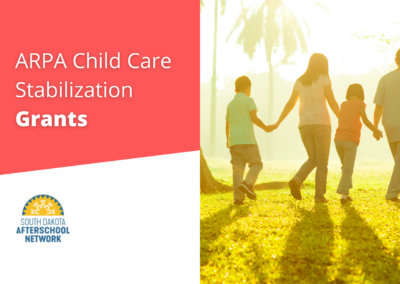